Tag Archive for environment and sustainability

Join the Center for Design and Architecture in honoring Enrique Peñalosa and the student winners of the 2018 Better Philadelphia Challenge. Enrique Peñalosa was selected to receive the 2018 Edmund N. Bacon Award because of the world-wide influence his pioneering initiatives as mayor of Bogotá, Colombia have had on public transportation, infrastructure investment, and public space, including on cities such as Philadelphia and New York City.

The 2018 Better Philadelphia Challenge coincides with the 100th anniversary of Philadelphia’s Benjamin Franklin Parkway. This year’s challenge, Philadelphia’s Next ‘Park+Way’ asked student teams to share their grand vision of what a new ‘Parkway’ could be in a dense and developed 21st century city and how Philadelphia’s existing natural and cultural resources could be better linked with their neighboring communities. Come meet the winning teams and see their visions for the next great Philadelphia Parkway.

The ceremony will be followed by a coffee + dessert reception for all in attendance. 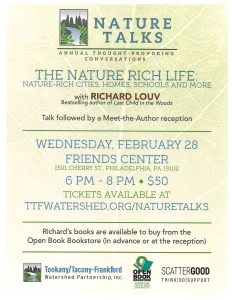 The Tookany/Tacony-Frankford Watershed Partnership (TTF) presents NATURE TALKS: a series of annual, thought-provoking conversations with Author RICHARD LOUV on The Nature Rich Life: Nature-rich cities, homes, schools and more. Followed by a Meet the Author Reception. Proceeds from this program will fund TTF outreach and education programs. Louv’s books are available to purchase in advance or at the reception from the Open Book Bookstore. This program is sponsored by the Scattergood Foundation.
WHEN: Wednesday, February 28, 2018 from 6 pm – 8 pm
WHERE: Friends Center, 1501 Cherry Street, Philadelphia 19102
TICKETS: $50. Purchase at ttfwatershed.org/NatureTalks or call 215-744-1853.
Category: Upcoming Events / Tags: Education, environment and sustainability, events, students

The Lehigh Valley-Berks and Southeast Sections of the American Planning Association and the Pennsylvania-Delaware Chapter of the American Society of Landscape Architects invite you to participate in this training course on the technical aspects of the Growing Greener: Conservation by Design approach to land use planning and residential development. This training is intended primarily for professional planners (county, municipal or private) who consult with municipalities and review or write land use ordinances. Participants will become familiar with the specific wording and provisions that typically must be added to existing codes to give local officials the tools they need to ensure that new subdivision proposals will be designed around the central organizing principle of land conservation. Township engineers and zoning officers who must enforce these codes are also invited.

END_OF_DOCUMENT_TOKEN_TO_BE_REPLACED

The Delaware Chapter of the American Planning Association is now accepting proposals for presentations at their 2018 Regional Conference to be held in Rehoboth Beach, Delaware. The conference is scheduled for Tuesday and Wednesday October 23-24, 2018. The theme is Planning 360: Economy, Environment and Health.   Eligible submissions can cover a broad range of topics related to technological advances and their impacts on infrastructure planning, design, operations, and management related to the theme. Subjects may include those related to Economic Development, Environmental Quality, Public Health, or Planning-related Communications.  Research-based sessions highlighting promising emerging and innovative research ideas, best practices, or case studies are encouraged.

The deadline for submissions is January 15, 2018. Complete information on presentation content, proposal preparation and submission is available on the Chapter website http://delawareapa.org

END_OF_DOCUMENT_TOKEN_TO_BE_REPLACED

Breaking Ground 2018: Transforming a Region Together is a day-long conference that aims highlights the principles and goals of Connections 2045 Long-Range Plan for Greater Philadelphia [https://www.dvrpc.org/Connections2045/]. While our region is made up of 352 local governments, we will be better-positioned and more economically competitive if we move forward together, as a region. This year’s conference celebrates regional cooperation and government efficiency. The keynote speaker—Brian Elms—is an expert in management and government performance. All attendees will receive a copy of Brian Elms’ book, PeakPerformance: How Denver’s Peak Academy is saving millions of dollars, boosting morale, and just maybe changing the world.

Concurrent sessions will feature government transparency, sustainable environmental practices, collaboration between businesses and government, the use of data and metrics, and a celebration of diversity age-friendly communities. Breaking Ground 2018 is expanding to include a Learning Lounge, which will feature businesses and tech companies that assist municipal governments in better serving their citizens.

END_OF_DOCUMENT_TOKEN_TO_BE_REPLACED

December 8, 2017 / Justin Dula / Comments Off on 2018 Farm Bill: What Does It Mean for Planners and Public Health Professionals?

END_OF_DOCUMENT_TOKEN_TO_BE_REPLACED 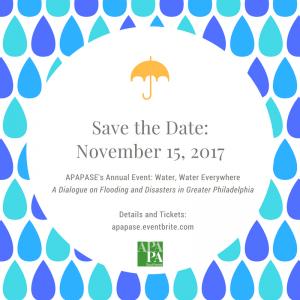 Water, Water Everywhere: A Dialogue on Flooding and Disasters in Greater Philadelphia

The 2017 Atlantic Hurricane Season is on track to be one of the top ten most active seasons on record, with five major hurricanes, and a streak of eight straight hurricanes from August 9 to September 29. This begs the question: what is the role of planners and planning in reducing risk to flooding and increasing community resilience? How can flood risk reduction meet other community planning goals, like water quality improvement, neighborhood development, and community cohesion? Join us at the APAPASE Annual Event to explore these issues and more. A panel of water and resilience planners will explore these issues and more with APA members from across the region.

END_OF_DOCUMENT_TOKEN_TO_BE_REPLACED 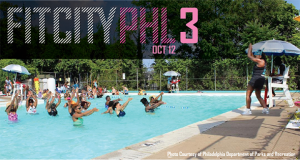 FitCityPHL is an annual full-day symposium that explores design strategies in workplaces, neighborhoods, and cities that improve health. It brings together individuals representing the sectors of public health, architecture, planning, design, landscape architecture, development,  research and evaluation, academia, philanthropy, and government to learn about how the built environment can have a positive impact on the negative health trends currently facing communities – particularly obesity and other chronic conditions.

September 28, 2017 / Justin Dula / Comments Off on Carpool to State College

APA PA Southeast created a carpool match to make it easier for you to carpool to State College for the 2017 APA PA conference.

We’ve created a link to help planners from the Southeast Section share rides to the conference at http://bit.ly/APAPA17Carpool. Please use this link to share information on your ride needs and availability. We hope this will be more useful than messaging on social media (though you are welcome to add comments below). Please consider posting your ride if you are already driving and have extra space.

Why carpool? People carpool for different reasons. Carpooling is great for budgetary reasons, eco-friendly philosophies, meeting new people, convenience, stress reduction, and more! The trip can be the start and capstone to the fun of the conference, as Southeast Section planners found out during the 2012 Erie Conference. Though there isn’t a van this year, there is still a chance to have an easier, cheaper, friendlier trip to State College through carpooling! 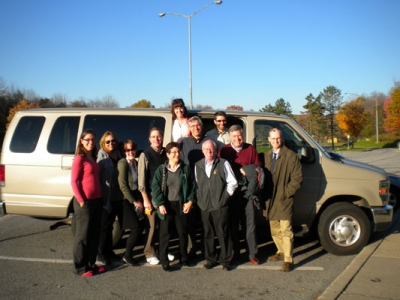 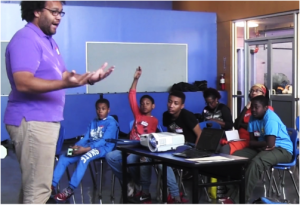 KPB provides in-person training and presentation materials to ambassadors prior to engagement activities. The presentations have been developed with the Philadelphia Streets Department and the School District of Philadelphia through the District’s GreenFutures initiative (GreenFutures). A commitment of 2, 1-hour presentations per semester is required, and volunteers will be assigned to schools that have expressed interest in the program.