APAPASE is pleased to announce contact information for the section’s new officers! The chapter has one Citizen Planner spot open as well. If you or someone you know is interested in being a citizen planner, please contact us at nominations@apapase.org. 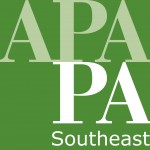 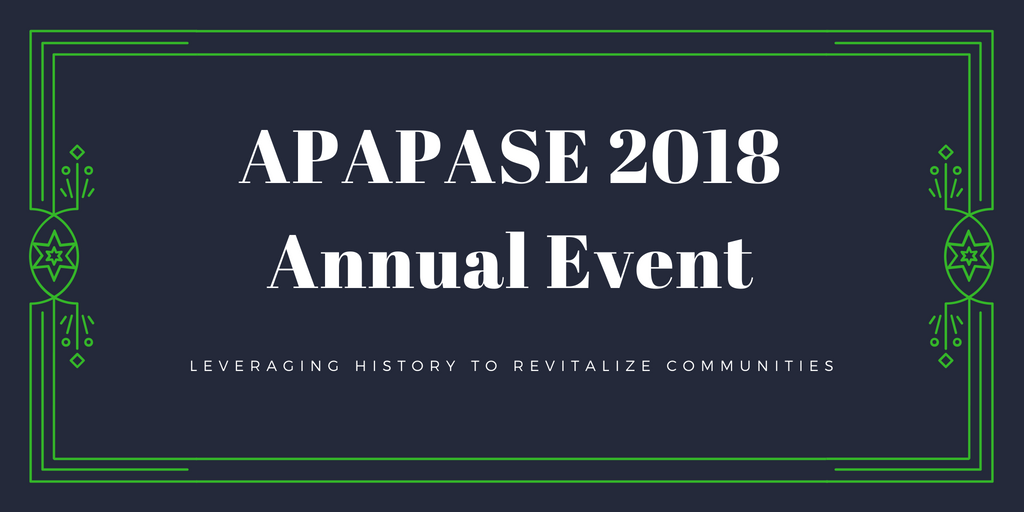 The evening kicks off with an optional one-hour walking tour of downtown Lansdowne, for those who can make it to Lansdowne by 5:30 PM. The tour will highlight how Lansdowne is using its historical character to create economic development opportunities. Then we’ll enjoy some networking over light fare and drinks. At 7pm, there will be a panel about Leveraging History to Revitalize Communities, which will be worth 1.25 AICP CM credits. Stay after the panel concludes to mix and mingle with your fellow attendees.

5:30 – 6:30 PM: Tour of Downtown Lansdowne (select the “optional add on” ticket type when you register) The tour kicks off at Utility Works, 32 E. Baltimore Ave., which is a short walk from the SEPTA Lansdowne Station.

Thanks to our sponsors!

END_OF_DOCUMENT_TOKEN_TO_BE_REPLACED

Do you like to organize events like happy hours, walking tours, and educational events related to planning? Then join the APAPASE Events Committee and help us plan fun events! Come out and meet other planning professionals.

We would love to have volunteers to help with all aspects of the event-planning process, from brainstorming event ideas, coordinating with venues, ordering food/beverages, inviting speakers, advertising/marketing events, working the registration table, speaking at events, and conducting event follow up.

Of course, we’re always looking for event sponsors too (contact sponsorship@apapase.org). Service on Section Committees may be logged as pro bono planning service and may be counted towards your self-reported CM credits. Learn more at: https://www.planning.org/cm/logging/selfreport/probono/.

Queer Urbanist Exchange (QUE) is invites you to join our monthly meet up at Tavern at 243 S. Camac St. (Downstairs at Tavern on Camac) at 8:00 pm on Monday, February 26. Note we will be starting later than usual and meeting downstairs to join long time (maybe founding?) member Simone Allender for Quizzo at 8:30 pm, so stay for a drink or bring your trivia knowledge. It was really popular in December and one of our teams won.

We’re going to do brief updates on our projects before quizzo starts (around 8:15). Please come with ideas of things you’d like to see the group participate in. If you’re interested in seeing more, check out our Meeting Notes from our past meetings.

END_OF_DOCUMENT_TOKEN_TO_BE_REPLACED 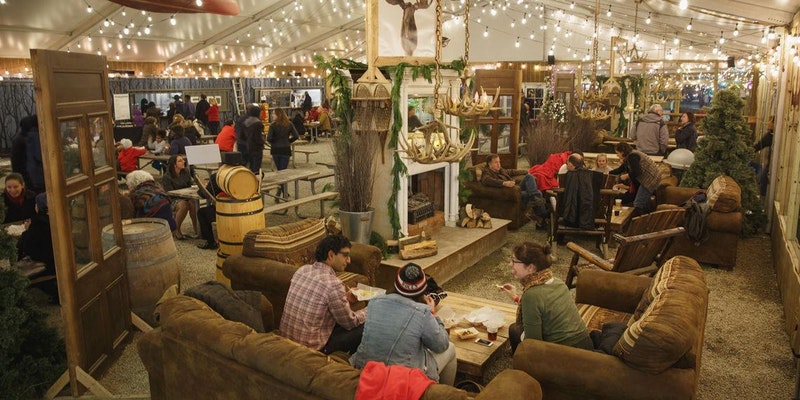 Join APAPASE for happy hour! We will be mingling and enjoying drinks on Thursday, January 25, 2018 from 5:30-7:30 PM at The Lodge at Winterfest which is located at 101 S. Columbus Blvd. Please come to celebrate the new year or simply to spend time with your fellow Planners!

END_OF_DOCUMENT_TOKEN_TO_BE_REPLACED

The Lehigh Valley-Berks and Southeast Sections of the American Planning Association and the Pennsylvania-Delaware Chapter of the American Society of Landscape Architects invite you to participate in this training course on the technical aspects of the Growing Greener: Conservation by Design approach to land use planning and residential development. This training is intended primarily for professional planners (county, municipal or private) who consult with municipalities and review or write land use ordinances. Participants will become familiar with the specific wording and provisions that typically must be added to existing codes to give local officials the tools they need to ensure that new subdivision proposals will be designed around the central organizing principle of land conservation. Township engineers and zoning officers who must enforce these codes are also invited.

END_OF_DOCUMENT_TOKEN_TO_BE_REPLACED

The work and programs by the Southeast Section of the Pennsylvania Chapter of the American Planning Association (APAPASE) aren’t possible without the support of our sponsors. We are releasing sponsorships now for organizations who prefer to take advantage of end of year giving, but are always happy to work with new sponsors.

The sponsorship levels are laid out in our 2018 Sponsorship Package. If you would like to discuss a custom sponsorship, simply contact sponsorship@apapase.org to start the discussion.