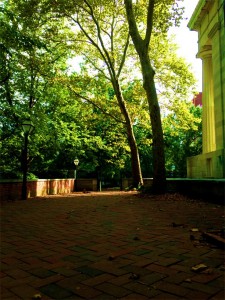 Have you ever listened to a presentation and wondered how this person got their job? How did they get this far? What projects are they most proud of? What are their biggest regrets? APAPASE’s events committee has designed a new series called “The Landscape” where these types of questions will be answered! The concept is similar to “Inside the Actors Studio”. Prestigious planners nominated by APA’s members will answer a set of questions with a live audience. This event is the first APA PA SE Mentor Program event and will serve as a great opportunity for mentors to meet up with their students.

In his dual role in city government, Mr. Greenberger oversees the integration of long-range strategic planning with implementation of both business and real estate development goals. Under his leadership, the City of Philadelphia has rewritten the Philadelphia Zoning Code and has initiated a five-year long comprehensive plan for the city, entitled Philadelphia 2035. Both initiatives are the first of their kind for the city in over 50 years and are the recipient of the American Planning Associations National Award for City Planning in 2013. In addition, Mr. Greenberger’s office has launched multiple programs to attract and support a burgeoning entrepreneurial community, called StartUpPHL, and has been successful in attracting new, technology and venture capital firms to the City.