August 13, 2013 / Justin Dula / Comments Off on Crowdsourcing for Public Input 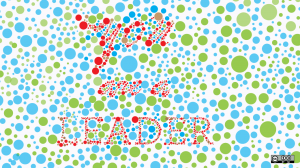 Have you ever been frustrated by the limitations on electronic surveys? After spending hours creating neutral questions and creating the universe of potential solutions, you find that people keep selecting the “other” box with something you accidentally left off.

One possible solution is looking at crowdsourcing. Crowdsourcing, not to be confused with crowdsurfing, is a means allows users to create and vote on each others’ answers to questions or problems. Instead of the surveyor populating the survey, the users are able to come up with, vote on, and discuss their own answers. Users can vote up or down answers that they feel are relevant or irrelevant. In the end, the planner as moderator can get an idea of the most popular ideas as well as potentially new ideas. The user oriented nature can also encourage users to share the survey with their friends providing input from wider groups than your initial contacts.

Crowdsourcing has its limitations, though. Answers that are submitted later in the process may be unfairly lower in popularity due to the fact that early users don’t come back to vote again. Also, depending on the software used, there can be duplicate answers created with the administrator having limited ability to moderate. It also works best with large numbers of participants or with some provided initial responses so that early users have something to work with quickly. As with all electronic surveying, there is a technical limitation that skews response towards those who are more computer savvy, while in person crowdsourcing is costly and skews responses based on who attends. The fact that this is a fairly new form of interaction also exacerbates the skew as it can confuse new users.

Still, crowdsourcing is increasing in popularity and becoming more common. Recently Facebook started a “questions” option for pages that is a crowdsourcing tool for its users. There are also several free sites such as google moderator and idea informer. There are also paid sites tailored to your data needs, such as user voice and idea scale. More information on crowdsourcing and other electronic tools for planners are available in APA Planning Advisory Service Report Number 564: E-Government by Jennifer Evans-Cowley and Joseph Kitchen. 2011.

Interested in trying it out? The APA – Pennyslvania Chapter Southeast section is using crowdsourcing to get member input on what topic are of interest for future educational and Professional Development Institute (pdi) sessions. Share your thoughts and try out this new survey tool at http://pditopics.idea.informer.com and try out this new technology all at once!